With the doors closed from June 15 to Oct. Three floors of exhibition space will retain a spine of chronology, but the museum will now mix media, juxtaposing painting, sculpture, architecture, design, photography, performance, film and works on paper. Lowry, director of the museum. MoMA is announcing these changes and others on Tuesday.

Existing galleries will also expand west through 53W53, the new residential skyscraper designed by Jean Nouvel. The museum will reopen with a survey of Latin American art, along with exhibitions by two African-American artists: Pope. L , known for his provocative performances, and Betye Saar , 92, whose collages and assemblages have often flown under the radar. Spectators leaving the cinema—a similar mass, disciplined and controlled in time, assembled and released at regular intervals. As the traditional factory arrests its workers, the cinema arrests the spectator.

Both are disciplinary spaces and spaces of confinement. But now imagine: Workers leaving the factory. Spectators trickling out of the museum or even queuing to get in. An entirely different constellation of time and space. This second crowd is not a mass, but a multitude. People are dispersed in time and space—a silent crowd, immersed and atomized, struggling between passivity and overstimulation. This spatial transformation is reflected by the format of many newer cinematic works. Whereas traditional cinematic works are single-channel, focusing the gaze and organizing time, many of the newer works explode into space.

While cinema is a mass medium, multi-screen installations address a multitude spread out in space, connected only by distraction, separation, and difference. The difference between mass and multitude arises on the line between confinement and dispersion, between homogeneity and multiplicity, between cinema space and museum installation space.

This is a very important distinction, because it will also affect the question of the museum as public space. It is obvious that the space of the factory is traditionally more or less invisible in public. Its visibility is policed, and surveillance produces a one-way gaze.

Paradoxically, a museum is not so different. Museums prohibit filming or charge exorbitant shooting fees. A paradoxical situation arises: a museum predicated on producing and marketing visibility can itself not be shown—the labor performed there is just as publicly invisible as that of any sausage factory. This extreme control over visibility sits rather uncomfortably alongside the perception of the museum as a public space.

What does this invisibility then say about the contemporary museum as a public space? And how does the inclusion of cinematic works complicate this picture? The current discussion of cinema and the museum as public sphere is an animated one. Thomas Elsaesser, for example, asks whether cinema in the museum might constitute the last remaining bourgeois public sphere.

To make matters worse, the time-based mode of many cinematic installation works precludes a truly shared discourse around them; if works are too long, spectators will simply desert them. What would be seen as an act of betrayal in a cinema—leaving the projection while it lasts—becomes standard behavior in any spatial installation situation.

In the installation space of the museum, spectators indeed become traitors—traitors of cinematic duration itself. In circulating through the space, spectators are actively montaging, zapping, combining fragments—effectively co-curating the show. 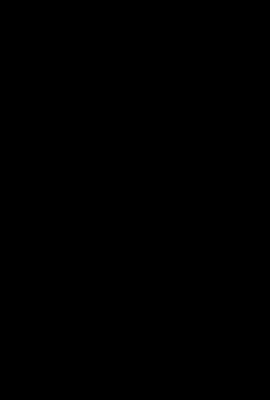 Rationally conversing about shared impressions then becomes next to impossible. A bourgeois public sphere? Instead of its ideal manifestation, the contemporary museum rather represents its unfulfilled reality. In his choice of words, Elsaesser also addresses a less democratic dimension of this space. It refers to a state of exception or at least a temporal suspension of legality that allows the suspension of the law itself. At first glance, this repeats the old myth of artist as crazy genius, or more precisely, as petty-bourgeois dictator.

But the point is: if this works well as an artistic mode of production, it becomes standard practice in any social factory. So then, how about the idea that inside the museum, almost everybody tries to behave like a sovereign or petty-bourgeois dictator? After all, the multitude inside museums is composed of competing sovereigns: curators, spectators, artists, critics. In judging an exhibition, many attempt to assume the compromised sovereignty of the traditional bourgeois subject, who aims to re master the show, to tame the unruly multiplicity of its meanings, to pronounce a verdict, and to assign value.

It reduces all parties involved to the role of workers—unable to gain an overview of the whole process of production. Many—primarily critics—are thus frustrated by archival shows and their abundance of cinematic time. Remember the vitriolic attacks on the length of films and video in Documenta 11?

To multiply cinematic duration means to blow apart the vantage point of sovereign judgment. It also makes it impossible to reconfigure yourself as its subject.

Cinema in the museum renders overview, review, and survey impossible. Partial impressions dominate the picture. The true labor of spectatorship can no longer be ignored by casting oneself as master of judgment. Under these circumstances, a transparent, informed, inclusive discourse becomes difficult, if not impossible. The question of cinema makes clear that the museum is not a public sphere, but rather places its consistent lack on display—it makes this lack public, so to speak. Instead of filling this space, it conserves its absence.

But it also simultaneously displays its potential and the desire for something to be realized in its place. As a multitude, the public operates under the condition of partial invisibility, incomplete access, fragmented realities—of commodification within clandestinity.

Transparency, overview, and the sovereign gaze cloud over to become opaque. Cinema itself explodes into multiplicity—into spatially dispersed multi-screen arrangements that cannot be contained by a single point of view. The full picture, so to speak, remains unavailable. Without notice, the question of political cinema has been inverted.

What began as a discussion of political cinema in the museum has turned into a question of cinematic politics in a factory. Today, cinematic politics are post-representational. They do not educate the crowd, but produce it. They articulate the crowd in space and in time. They submerge it in partial invisibility and then orchestrate their dispersion, movement, and reconfiguration.

They organize the crowd without preaching to it. They replace the gaze of the bourgeois sovereign spectator of the white cube with the incomplete, obscured, fractured, and overwhelmed vision of the spectator-as-laborer. But there is one aspect that goes well beyond this. What else is missing from these cinematic installations? No single spectator could even claim to have even seen everything, much less to have exhausted the meanings in this volume of work.

It is obvious what is missing from this arrangement: since no single spectator can possibly make sense of such a volume of work, it calls for a multiplicity of spectators. In fact, the exhibition could only be seen by a multiplicity of gazes and points of view, which then supplements the impressions of others.

Free and open seven days a week. NOMA seeks creative, enthusiastic, and dedicated high school students to join the Teen Squad youth development program. Applications are being accepted through September 27th. The six-acre expansion of the Sydney and Walda Besthoff Sculpture Garden includes twenty-seven new works by artists working primarily in the 21st century, along with an amphitheater, an indoor pavilion, multiple bridges, and an outdoor classroom. Read More. Bodies of Knowledge brings together eleven international contemporary artists to reflect on the role that language plays in archiving and asserting our cultural identities.

Working with materials that range from books and silent film to ink, ashes, and musical scores, these artists counter more staid and static ways of representing our collective pasts. Search for: Search.